Decades ago, few could have predicted the leaps made by athletes and sports science. In 2019, Eliud Kipchoge broke the landmark two-hour marathon barrier, powered on by Nike’s innovative Vaporfly shoe technology.

Advancements in equipment are not the only innovations taking place in the sporting world. Nutritional supplements are everywhere, with athletes promoting the protein bars and vitamins to help boost performance.

Curiously though, there has been an increase in the use of an age old substance to aid muscular and joint recovery. In 2018, Basketball star Matt Barnes – NBA winner with the Golden State Warriors – made a stunning revelation about his recovery regime.

Barnes revealed he regularly smoked cannabis in order to mitigate the severe toll of elite sport on his body. In fact, he was far from the only one. Team-mate Al Harrington suggested 85% of the league smoked cannabis.

Many players were prepared to take huge risks to ease joint and muscular pain. One of the main compounds in cannabis – THC – is considered a banned substance by anti-doping organisations. 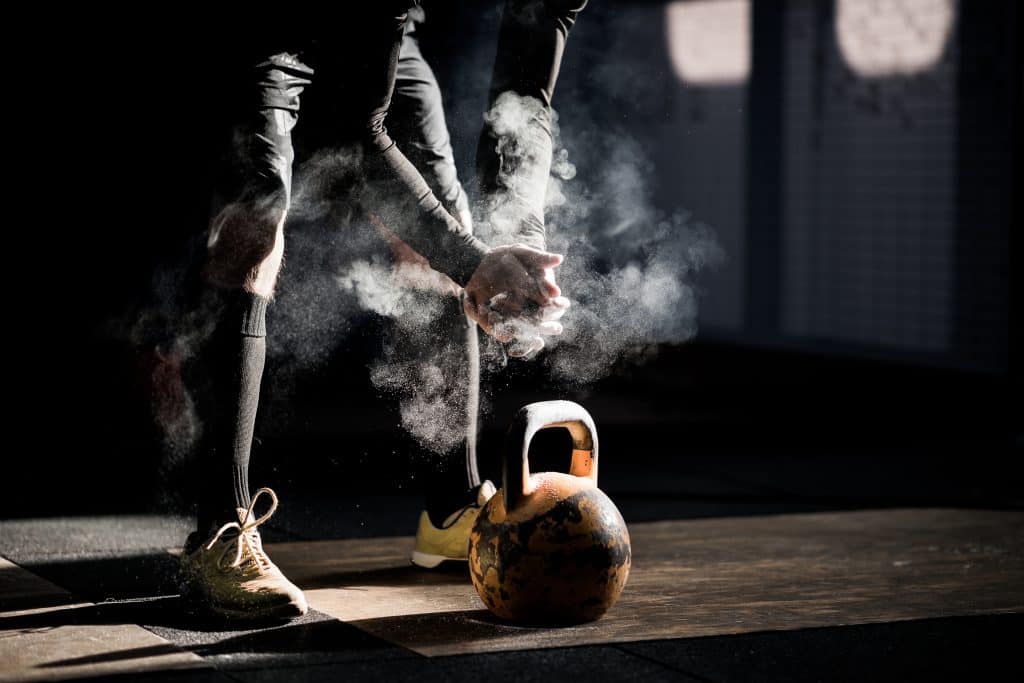 The Rise of CBD

The former is safe, non-psychoactive and legal in most countries around the world. The latter causes sensations of euphoria and hunger. In short, THC is responsible for the “high effect” that is often associated with cannabis.

In 2018, the World Anti-Doping Agency (WADA) removed CBD from its list of banned substances. This has enabled athletes to take advantage of the properties of cannabis, without smoking it.

Since then, CBD’s rise in use amongst sports stars has been astronomical.

A highly decorated Rugby Union player, George Kruis has represented England 45 times and played for the Lions on 3 occasions. In 2018, whilst recovering from ankle surgery, Kruis was searching for a solution to his “low-level chronic pain” and stumbled across cannabis oil.

Last year, a survey revealed over 25% of Rugby Union and League players use CBD oil as an alternative to painkillers or sleeping pills.

One of the highest profile sporting advocates of CBD, George Kruis has spoken at conferences and events about using CBD as an elite sportsman. On the field, Kruis took his game to new heights, winning a host of domestic and international trophies, including the 6 Nations and Heineken Cup.

Kruis has even gone on to set up his own CBD brand. 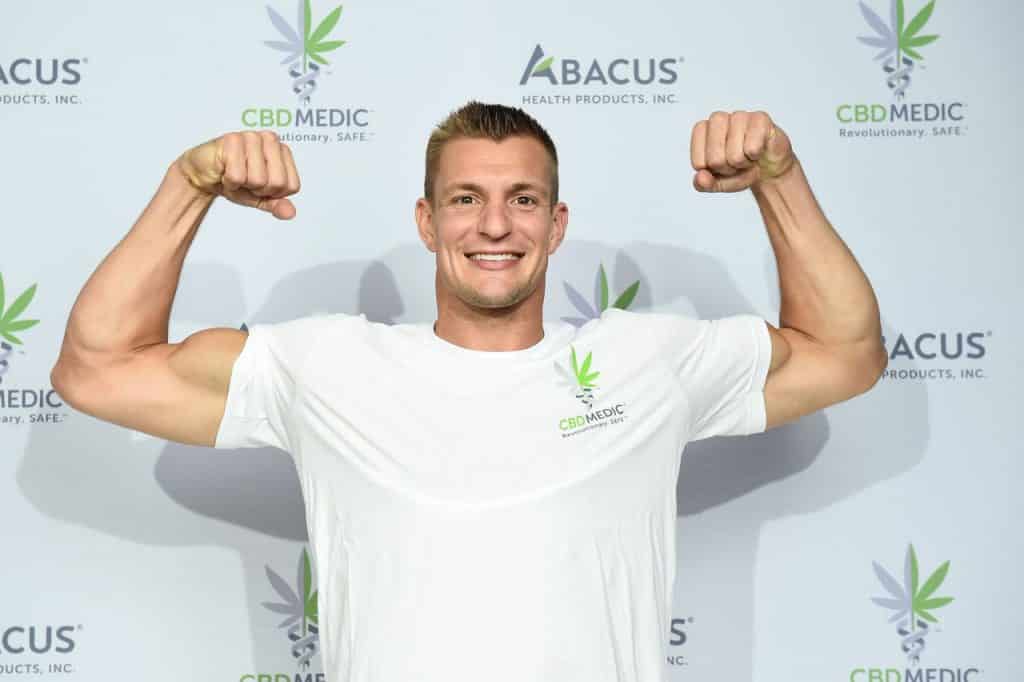 Affectionately known as the “Gronk”, Rob Gronkowski is a legendary American Football tight end. He played for nearly a decade in Bill Belichick’s iconic New England Patriots team, winning 3 Super Bowls, before he retired aged just 29. Physically at rock bottom, Gronkowski explained his health had begun to deteriorate as the impact of the NFL manifested itself physically and mentally.

Whilst retired, Gronkowski became an outspoken advocate for the therapeutic use of cannabis for athletes. He began using CBD regularly during his retirement period, frequently extolling its virtues and castigating the NFL’s prohibition of cannabis.

Gronkowski made a shock return to the NFL in 2020, joining his former teammate Tom Brady at Tampa Bay. Brady and Gronkowski then led the Florida-based team onto their first Super Bowl victory with the “Gronk” scoring in the final.

Not bad for his first season back in the league!

It’s not only sports stars involved in contact sports that use CBD to aid performance and recovery. Two-times Masters winner, Bubba Watson frequently uses oral drop products. One of his main considerations when supplementing his regime with CBD was safety.

“So for me, on a performance level, I got to have safety. I’ve got to [take] drug tests. I’ve got to do all these things and protect myself and be able to play competitive golf.”

Watson has praised CBD for elongating his career, as he keeps an eye on replicating the success of the likes of Phil Mickleson. 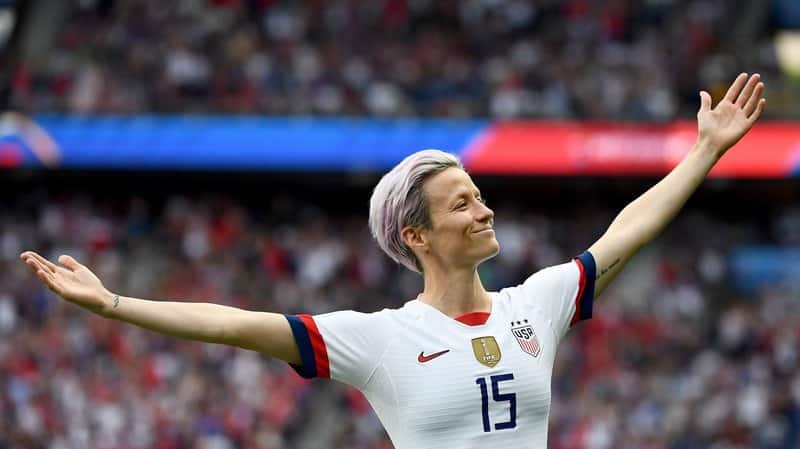 One of the finest female football players of her generation, Megan Rapinoe has had to overcome a lot of obstacles. The face of US soccer, Rapinoe has been an outspoken champion of the LQBTQ community. But her early career was defined more by a series of knee injuries.

Whilst at college, the talented Rapinoe tore her left ACL in her sophomore year. The following season, in just her second game back, she ruptured it again. After the 2015 world cup, the ACL in her right knee went and in 2017 she went under the knife to repair a meniscus tear.

Few athletes are able to recover from such a sequence of injuries. Not only do they have to overcome a pain barrier, but the mental toll can be too much for some.

It is a testament to Rapinoe’s dedication to a regular, consistent routine that she was able to come back. In 2019, she captained the US women’s team to a World Cup victory and was named the Golden Boot and Golden Ball.

Speaking recently about her training regime, Rapinoe noted sleep as vital for recovery. Similar, she committed to a healthy eating regime and staying hydrated. However interestingly, Rapinoe described CBD as the “secret sauce” to her strict fitness and recovery regime.

Dragonfly CBD makes its award winning CBD from seed to shelf. Available in a range of UK retailers and online, all our CBD is made from our own outdoor, organically grown cannabis sativa.

Whether you are looking for CBD oral drops or a protecting CBD cream, Dragonfly CBD has you covered. Try our products now or take a look at some of our satisfied customers. 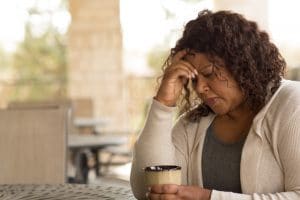 Is CBD Addictive? CBD, or cannabidiol, comes from the Cannabis sativa plant. It is a cannabinoid, which is a chemical substance that

What is The Endocannabinoid System? 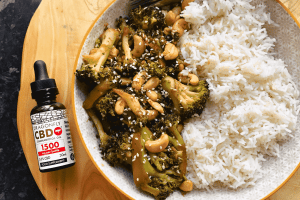 Perfect for any day of the week, this vegetable stir fry is bound to tickle anyone’s tastebuds. Packed full of protein, fibre and iron- as well as our smooth and rich award-winning Cannabis Sativa L. extract.