What is The Entourage Effect?

It’s quite clear that CBD Oil remains on everyone’s lips these days. Last year, in the UK alone, an incredible £300m was spent on CBD products. Even more staggering, there are now up to 1.3 million people using the stuff regularly. When one considers that CBD Oil was largely unheard of three years ago, it is absolutely extraordinary. One of the most commonly purchased CBD Oils are Broad (or Full) Spectrum oils, known synonymously with the “entourage effect”.

To many CBD users, the concept of the entourage effect may be totally unknown, let alone the reasons why so many are obsessed with its properties. Part of Dragonfly CBD’s mission is to educate and inform people with reliable and scientific information on CBD. In this article, we will tackle the frequently asked question, “What is the Entourage Effect?”

What is a Cannabinoid?

What is the Endocannabinoid System?

Firstly, it is necessary to talk about cannabinoids, which are fundamental to the concept of the entourage effect. Every species of the cannabis plant (sativa, indica and ruderalis) produces chemicals in structures called glandular trichomes. These appear throughout the plant but exist in the highest concentrations in the flowers and leaves.

The other abundant phytocannabinoid is tetrahydrocannabinol (THC). In certain species of cannabis, particularly indica, THC can make up between 10-18% of the plant’s total chemicals. It is the psychotropic chemical that produces the responses in our body that cannabis is most famous for. You might be familiar with many of them: euphoria (feeling high), elevated hunger levels (munchies) and reduced memory capacity.

Synthetic cannabinoids are not legal in the UK as a food supplement. They are manufactured artificially and are popular in different countries. For example, they are legal in France.

For most of the twentieth century, the scientific community remained uncertain about the bodily mechanism through which cannabis interacted. However, just under three decades ago, the endocannabinoid system was discovered.

On the surface of the cell wall, there are specific proteins which recognise and, in turn, bind with cannabinoids. This is what is responsible for the body’s response to cannabis.

The first receptor discovered was called CB1 and it’s switched on by THC. This fosters feelings of euphoria and hunger. CB1 is largely located in the brain but can be found all over the body.

The second receptor, CB2, was discovered some years later. Like CB1, it is found across the body but mainly in immune system cells.

Read more about the way in which CBD interacts with the human body.

What is The Entourage Effect?

In holistic medicine, many believe that natural compounds within plants are more potent in combination. Whole plant medicine has been the cornerstone of ancient healing practices in Chinese, Ayurveda and Incan culture.

Contrastingly, modern medicine and pharmaceuticals tend to focus on isolated compounds or small combinations of different properties. In fact, often additional compounds are referred to as “contamination” in pharmaceuticals.

The cannabis plant is no different in the opinion of many. But this is not just relegated to the belief of spurious healers, extolling the virtues of holistic wellbeing. There is scientific grounding and evidence in the mechanisms of synergistic plant properties.

How does The Entourage Effect work?

In theory, the entourage effect is a proposed mechanism by which less abundant compounds in the cannabis plant regulate the properties of the major chemicals: THC and CBD. It is argued, these could create harmonising properties.

It is unclear which smaller compounds are most potent. It could be the combination of multiple phytocannabinoids on each other. Alternatively, the cannabis plant is rich with other compounds. Many of these may be unfamiliar to you: flavonoids, cannaflavins and terpenes. These compounds could potentially function in unison, alongside phytocannabinoids.

Nonetheless, this is a hugely under-investigated research area. So, it remains unclear where the most important harmonising relationships exist.

As mentioned earlier, Broad Spectrum extracts include a variety of different compounds and chemicals. Though we know less about these compounds, there are about 20 known flavonoids produced in the cannabis plant.

A flavonoid is a large family of chemical compounds with many different functions, such as bringing colour to fruit and vegetables.

The important flavonoids produced by the cannabis plant include cannflavine A-C, vitexin, apigenin, kaempferol and orientin.

If you’ve spent much time researching or using CBD. You might have encountered terpenes. A collection of aromatic compounds that are typically created in plants, terpenes tend to have very distinctive smells.

These scents affect the behaviour of animals and birds that come into contact with the plant. There are 200 terpenes in the cannabis plant and they are largely responsible for the smell, taste, and colour of cannabis.

Some of the most important terpenes produced by the cannabis plant include B-Caryophyllene, limonene and humelene. In fact, there is evidence to suggest B-caryophyllene can activate the CB2 receptor. Read more about terpenes here!

Is there any Scientific Evidence to support the Entourage Effect?

In September 2018, a paper was published which examined CBD-Rich cannabis extracts. A CBD-rich extract contains chemicals like terpenes, flavonoids and multiple cannabinoids but in low quantities. The trial examined its effects on treatment-resistant epilepsy, alongside a pure CBD solution.

Patients treated with CBD-rich extracts used a lower dose (6.1 mg/kg per day) than those using the pure CBD solution (27.1 mg/kg per day). It was also reported that the mild and severe adverse effects of the products were more frequent with the pure CBD solution than the CBD-rich extract. It should be noted that the doses taken were far in excess of servings available in high street CBD Oil.

The trial organisers concluded that in the group of patients with refractory epilepsy showed better results with a CBD-rich extract. However, this remains to be confirmed in a controlled clinical study. You can read this study here.

Dragonfly CBD’s range of Broad Spectrum CBD Oil has proved a long term hit amongst our users. The 900mg (High Strength) is regularly a best seller and is a close reflection of the plant’s natural complexity.

It has a rich depth of flavour, with a range of flavonoids and terpenes. This makes it perfect for the experienced CBD user’s palate but can also be taken by newbies.

Starting at just £19.50, it’s an affordable and quality CBD Oil that can’t be ignored.

Dragonfly CBD is not intended to treat, diagnose, cure or prevent any disease. Always seek the advice of your physician or a qualified healthcare provider for any questions you have regarding a pre-existing medical condition. 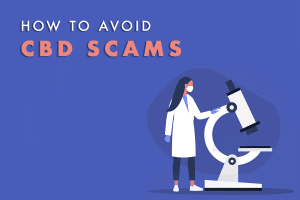